The Russian Issue on Which We Should be Focusing: Putin’s War on Christianity 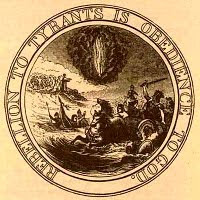 Russia has been in the news nearly every day lately, mostly for the possibility of the current U.S. presidential administration’s connections to the country and its president Vladimir Putin. However, politics shouldn’t be the only--or even the most prominent--reason Russia is in the news.

Christian persecution is increasing in Russia under a set of laws Putin signed last year known as the Yarovaya laws. These laws restrict the freedom of citizens in a number of ways, including specifically restricting Christians’ right to evangelize.

Relevant Magazine notes that, although the laws are billed as anti-terrorism measures, in truth they target Christians who wish to evangelize outside of designated religious locations. The laws even prevent Christians from sharing the gospel in their own homes.