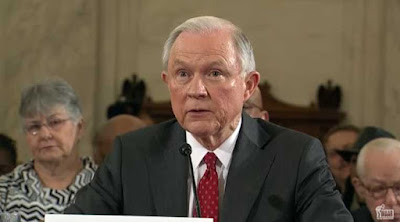 WASHINGTON — Alabama Sen. Jeff Sessions, who had been nominated by President Donald Trump, was confirmed Wednesday night to serve as U.S. attorney general—making Sessions the leader of the U.S. Department of Justice, whose constitutional duty it is to protect and defend all Americans, including the unborn.

He was approved 52-47 mostly along partly lines, with one Democrat, Sen. Joe Manchin of West Virginia, supporting his nomination.

As previously reported, Sessions had stated during his confirmation hearing last month that while he believes Roe v. Wade is unconstitutional, he would respect and follow it as attorney general.

“You have referred to Roe v. Wade as ‘one of the worst, colossally erroneous Supreme Court decisions of all time,’” Sen. Dianne Feinstein, D-California, noted. “Is that still your view?”

“It is,” Sessions replied. “I believe it violated the Constitution, and really attempted to set policy and not follow law.”

But, he added, “It is the law of the land. It has been so established and settled for quite a long time. It deserves respect, and I would respect it and follow it.”