Is Masonry A Religion?

Posted at A Ruby in the Rough: 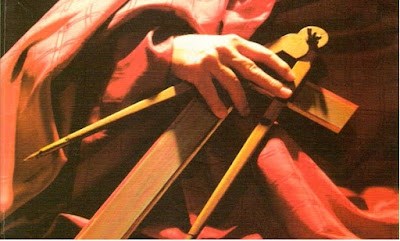 OPC Report of the Committee on Secret Societies:

On this score the evidence is overwhelming. There is no room for any reasonable doubt as to Masonry’s being a religion. Not only do the symbols, rites and temples of this order point unmistakably to it as a religion, but a great many Masonic authors of note emphatically declare it to be just that. Of almost numberless quotations that could be given here the committee has selected a few.

J. S. M. Ward, the author of several standard Masonic works, defines religion as “a system of teaching moral truth associated with a belief in God” and then declares: “I consider Freemasonry is a sufficiently organized school of mysticism to be entitled to be called a religion.” He goes on to say: “I boldly aver that Freemasonry is a religion, yet in no way conflicts with any other religion, unless that religion holds that no one outside its portals can be saved” (Freemasonry: Its Aims and Ideals, pp. 182, 185, 187).

T. S. Webb says in his Masonic Monitor: “The meeting of a Masonic Lodge is strictly a religious ceremony. The religious tenets of Masonry are few, simple, but fundamental. No lodge or Masonic assembly can be regularly opened or closed without prayer” (p. 284).