A Question for Wilson Fans 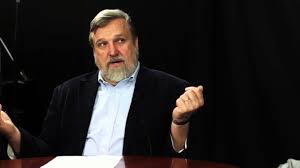 By Rachel Miller - Posted at A Daughter of the Reformation:

There are many articles right now about Doug Wilson and his role in the court cases and subsequent marriages of two pedophiles who attended New Saint Andrews in Moscow, ID. This is not the first controversy that Wilson has faced, and many of his supporters are adamant that he has done nothing wrong. I know that there are many people who are members of CREC churches who have chosen to align themselves with Wilson and his denomination. This question is not particularly for them.

My question is for those in the Reformed, Presbyterian world who say they really like or appreciate what Wilson says/has written/teaches on various subjects. My question is: what exactly do you like about Wilson?

Is it his credentials?

Doug Wilson is self-ordained, has never been to seminary, founded his own denomination, publishing house, university, seminary, and classical school curriculum. He is the head of his denomination. He is under no authority but his own.