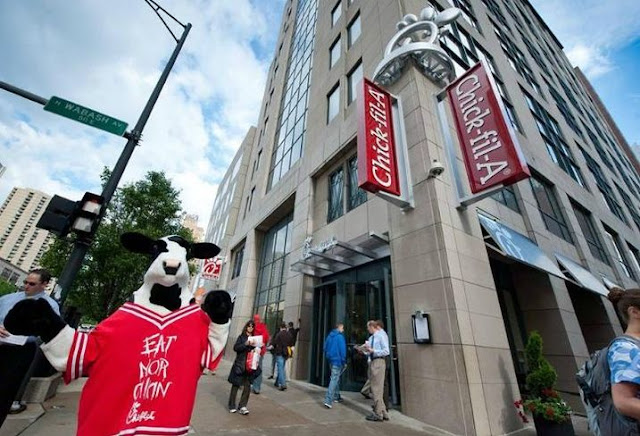 By Cameron Sperance - Posted at Bisnow:


As Chick-fil-A expands globally and into more liberal parts of the U.S., the chicken chain plans to change which charities it donates to after years of bad press and protests from the LGBT community.

Beginning next year, Chick-fil-A will move away from its current philanthropic structure, Bisnow has learned. After donating to more than 300 charitable organizations this year, the Atlanta-based fast-food chain will instead focus on three initiatives with one accompanying charity each: education, homelessness and hunger.

“There’s no question we know that, as we go into new markets, we need to be clear about who we are,” Chick-fil-A President and Chief Operating Officer Tim Tassopoulos said in an interview with Bisnow. “There are lots of articles and newscasts about Chick-fil-A, and we thought we needed to be clear about our message.”