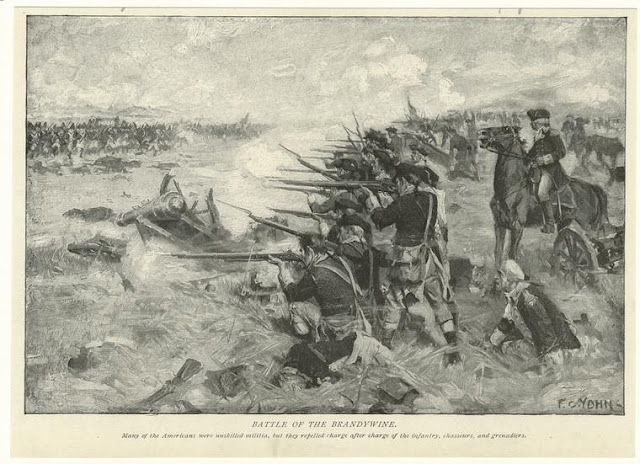 Before the horrific terrorist attacks that struck the United States on September 11, 2001, this date in American history saw the longest single day engagement with the highest number of combatants during the entire American Revolution fought in southeastern Pennsylvania.

Known to history as the Battle of Brandywine, approximately 30,000 soldiers were involved and 1,887 became casualties, the majority, 1,300 being Americans. One of those 1,300 individuals was Reverend or Chaplain Joab Trout, from New Hampshire.

The night before the engagement, he gave the following sermon beat the evening call on the eve of battle. And 242 years later the words still echo with a sense of patriotism and stoicism for a cause that was worth fighting and dying for. Below is the full sermon...