Remember those who died and the heroes of September 11, 2001 #NeverForget

The September 11 attacks (also referred to as 9/11)[a] were a series of four coordinated terrorist attacks by the Islamic terrorist group al-Qaeda[2][3][4] against the United States on the morning of Tuesday, September 11, 2001. The attacks killed 2,996 people, injured over 6,000 others, and caused at least $10 billion in infrastructure and property damage.[5][6] Additional people died of 9/11-related cancer and respiratory diseases in the months and years following the attacks.

Four passenger airliners operated by two major U.S. passenger air carriers (United Airlines and American Airlines)—all of which departed from airports in the northeastern United States bound for San Francisco and Los Angeles—were hijacked by 19 al-Qaeda terrorists. Two of the planes, American Airlines Flight 11 and United Airlines Flight 175, were crashed into the North and South towers, respectively, of the World Trade Center complex in Lower Manhattan. Within an hour and 42 minutes, both 110-story towers collapsed. Debris and the resulting fires caused a partial or complete collapse of all other buildings in the World Trade Center complex, including the 47-story 7 World Trade Center tower, as well as significant damage to ten other large surrounding structures. A third plane, American Airlines Flight 77, was crashed into the Pentagon (the headquarters of the U.S. Department of Defense) in Arlington County, Virginia, which led to a partial collapse of the building's west side. The fourth plane, United Airlines Flight 93, was initially flown toward Washington, D.C., but crashed into a field in Stonycreek Township near Shanksville, Pennsylvania, after its passengers thwarted the hijackers. 9/11 is the single deadliest terrorist attack in human history and the single deadliest incident for firefighters and law enforcement officers[7] in the history of the United States, with 343 and 72 killed, respectively.

Suspicion quickly fell on al-Qaeda. The United States responded by launching the War on Terror and invading Afghanistan to depose the Taliban, which had failed to comply with U.S. demands to extradite Osama bin Laden and expel al-Qaeda from Afghanistan. Many countries strengthened their anti-terrorism legislation and expanded the powers of law enforcement and intelligence agencies to prevent terrorist attacks. Although Osama bin Laden, al-Qaeda's leader, initially denied any involvement, in 2004 he claimed responsibility for the attacks.[1] Al-Qaeda and bin Laden cited U.S. support of Israel, the presence of U.S. troops in Saudi Arabia, and sanctions against Iraq as motives. After evading capture for almost a decade, bin Laden was located in Pakistan and killed by SEAL Team Six of the U.S. Navy in May 2011.

The destruction of the World Trade Center and nearby infrastructure seriously harmed the economy of Lower Manhattan and had a significant effect on global markets, which resulted in the closing of Wall Street until September 17 and the civilian airspace in the U.S. and Canada until September 13. Many closings, evacuations, and cancellations followed, out of respect or fear of further attacks. Cleanup of the World Trade Center site was completed in May 2002, and the Pentagon was repaired within a year. On November 18, 2006, construction of One World Trade Center began at the World Trade Center site. The building opened on November 3, 2014.[8][9] Numerous memorials have been constructed, including the National September 11 Memorial & Museum in New York City, the Pentagon Memorial in Arlington County, Virginia, and the Flight 93 National Memorial in a field in Stonycreek Township near Shanksville, Pennsylvania.

Although not confirmed, there is evidence of alleged Saudi Arabian involvement in the attacks.[10] Given as main evidence in these charges are the contents of the 28 redacted pages of the December 2002 Joint Inquiry into Intelligence Community Activities before and after the Terrorist Attacks of September 11, 2001 conducted by the Senate Select Committee on Intelligence and the House Permanent Select Committee on Intelligence. These 28 pages contain information regarding the material and financial assistance given to the hijackers and their affiliates leading up to the attacks by the Saudi Arabian government.[11]

As a consequence of the attacks, the United States of America has been in a state of national emergency ever since 2001.[12]
Continue reading here.
September 11 Attacks: Facts, Background & Impact - History.com
On September 11, 2001, 19 militants associated with the Islamic extremist group al Qaeda hijacked four airplanes and carried out suicide attacks against targets in the United States. Two of the planes were flown into the twin towers of the World Trade Center in New York City, a third plane hit the Pentagon just outside Washington, D.C., and the fourth plane crashed in a field in Shanksville, Pennsylvania. Almost 3,000 people were killed during the 9/11 terrorist attacks, which triggered major U.S. initiatives to combat terrorism and defined the presidency of George W. Bush. 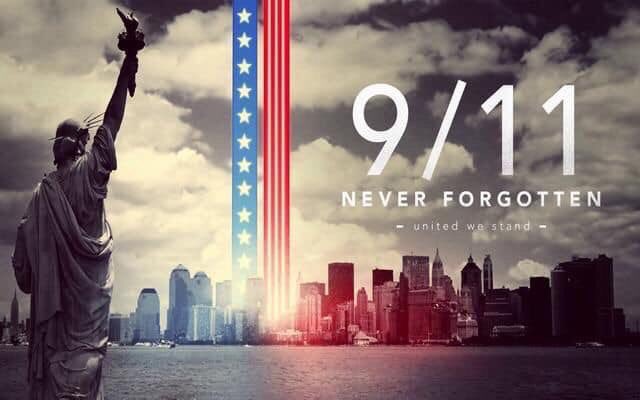 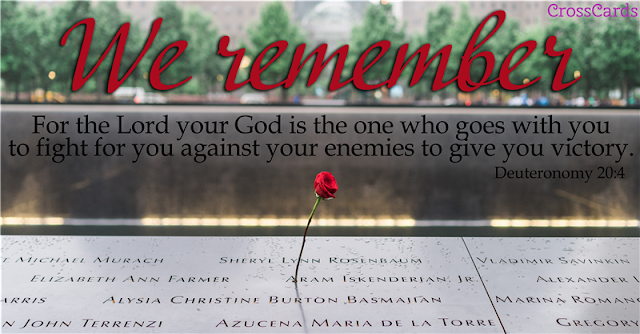 Angela Braxton was on the 80th floor of one of the Twin Towers when the first plane hit. In this brief video she shares of her terrifying escape from the crumbling building, and how on the anniversary of the 9/11 attack God brought a woman into her life who pointed her to Christ. Angela’s story will encourage you in your faith and the need to share it with others.

Watch more free videos and get other resources by Ray Comfort and Living Waters at http://www.LivingWaters.com