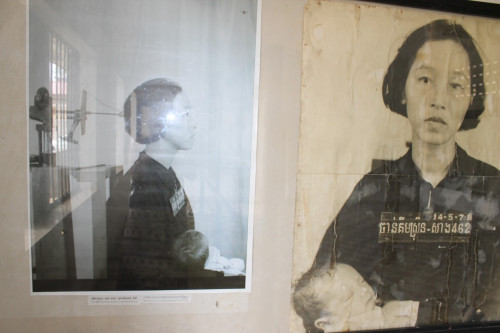 Perhaps one of the most disturbing place I’ve been to has been the Tuol Sleng Genocide Museum. I visited there many years ago.

Here’s a bit about it:

Tuol Svay Pray High School sits on a dusty road on the outskirts of Phnom Penh, Cambodia. In 1976, the Khmer Rouge renamed the high school S-21 and turned it into a torture, interrogation and execution center. Of the 14,000 people known to have entered, only seven survived. Not only did the Khmer Rouge carefully transcribe the prisoners’ interrogations; they also carefully photographed the vast majority of the inmates and created an astonishing photographic archive. Each of the almost 6,000 S-21 portraits that have been recovered tells a story shock, resignation, confusion, defiance and horror. Although the most gruesome images to come out of Cambodia were those of the mass graves, the most haunting were the portraits taken by the Khmer Rouge at S-21.