REMEMBERING OUR HERITAGE: 'ONE NATION UNDER GOD' 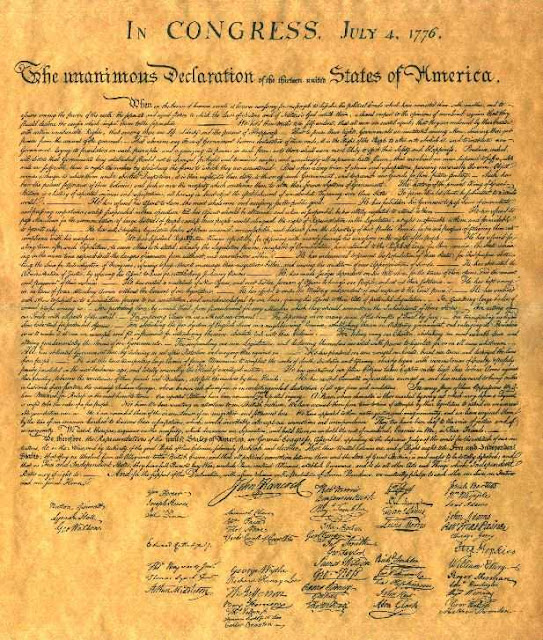 As we near Independence Day, I pray we will reflect upon our Christian heritage and the courageous men who founded our nation.

I have assembled some quotes from our Founding Fathers that I pray you will take to heart and pass on to your children:

"We hold these truths to be self-evident: That all men are created equal; that they are endowed by their Creator with certain unalienable rights..." --Declaration of Independence (July 4, 1776)

"We have this day restored the Sovereign to Whom all men ought to be obedient. He reigns in Heaven and from the rising to the setting of the sun - let His kingdom come." --James Madison signing the Declaration of Independence, (July 4, 1776)

"Can the liberties of a nation be thought secure when we have removed their only firm basis, a conviction in the minds of the people that these liberties are the gift of God?" --Thomas Jefferson (1782)

"It cannot be emphasized too strongly or too often that this great nation was founded not by religionists, but by Christians; not on religions, but on the Gospel of Jesus Christ." --Patrick Henry (March 23, 1775)

"The patriot who feels himself in the service of God, who acknowledges Him in all his ways, has the promise of Almighty direction, and will find His Word in his greatest darkness..."--Francis Scott Key (1812)

"Religion in a family is at once its brightest ornament and its best security...Nothing being so great a debt upon us, as to render to the Creator and Preserver those acknowledgements which are due to Him for our being, and the hourly protection He affords us."--Samuel Adams (Nov. 22, 1780)

"Our citizens should early understand that the genuine source of correct republican principles is the Bible, particularly the New Testament, or the Christian Religion."--Noah Webster

My prayer is for our Heavenly Father to forgive us for discarding our Christian Heritage and allowing the history books used in the government school rooms to be censored and stripped of the truth of the Christian foundation of the United States of America.

I pray we will teach our children the truth and soundly rebuke those who have been teaching incorrectly the separation of "church and state."

May God have mercy upon our nation and may He turn the fathers hearts toward the children once more. Then may He bring to an end the "politically correct" nonsense that has been advancing the feminist agenda in our schools and churches by the liberal left.

May our Bibles, Hymnals and U.S. History books be based upon truth and may we once more learn to love our Christian heritage that was bought and paid for by the blood of the patriots who rebelled against tyranny and founded our nation upon the Rock of Christ Jesus.