Persecution and the spread of the Gospel 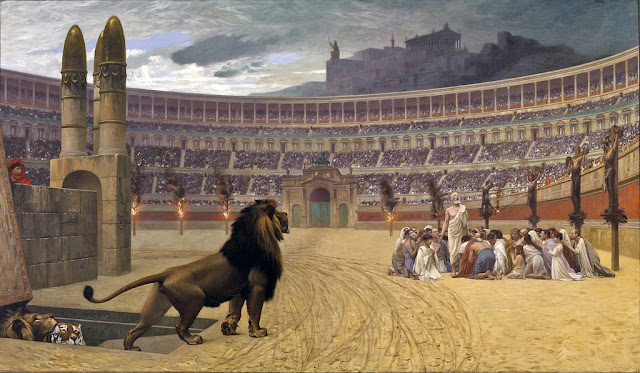 14 You are My friends if you do what I command you. 15 No longer do I call you slaves, for the slave does not know what his master is doing; but I have called you friends, for all things that I have heard from My Father I have made known to you. 16 You did not choose Me but I chose you, and appointed you that you would go and bear fruit, and that your fruit would remain, so that whatever you ask of the Father in My name He may give to you. 17 This I command you, that you love one another.
18 “If the world hates you, you know that it has hated Me before it hated you. 19 If you were of the world, the world would love its own; but because you are not of the world, but I chose you out of the world, because of this the world hates you. John 15:14-19 (NASB)


I have been reading through the book of Acts over the last few weeks and I followed it up with a documentary about the Book of Acts in which every verse was read and acted out on the screen. It is very interesting to see the spread of Christianity as the Apostles obediently made disciples wherever they went. This spread was always accompanied by persecution. The hotter the persecution the more encouraged the brethren became. While that is not logical to the fallen mind, that is exactly how God grew His church. In the early 2nd century the bishop of Smyrna, Polycarp who was a disciple of the Apostle John, was brought to the Roman authorities and ordered to confess that Caesar is lord. Polycarp was eighty-six years old at this point. All he had to do was utter that statement as he offered a pinch of incense to Caesar, but he refused. He was martyred by fire.

What we must never forget when looking at these things that the result of Polycarp’s martyrdom, for instance, was that through it Christians who witnessed his stand were inspired to remain faithful. Again, this is illogical to the fallen mind, but my brethren, we must never forget that God’s ways are not our ways.