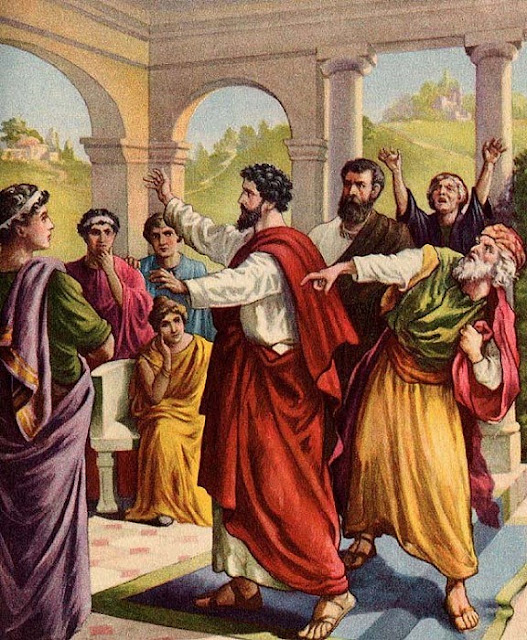 These past couple of weeks have been rough in our corner of the church. Rachel Held Evans’ passing caused so much grief for her followers and her detractors alike. The display of hatred and bitterness of her followers came after, toward anyone daring to speak a word against their prophetess (their words). It was hard to watch.

Then there was Beth Moore’s craven yet politically manipulative comment that she is preaching on Sunday at a church for Mother’s day and followers of THAT false prophetess came out of the woodwork to proclaim their glee in doing the same, even at Southern Baptist Convention churches, whose statement of faith had traditionally rejected this kind of activity.

Then there was Owen Strachan’s piece biblically outlining why a woman preaching the sermon in church is forbidden by God, and Moore’s self-serving rebuttal to it, her rising anger displayed wantonly for all to see, along of course, with her many followers yapping at Stachan’s heels for his daring to speak against their prophetess.

I’ve only mentioned two women but their combined following just on Twitter alone topped one million people. And their blogs, events, book sales have much greater reach than that, sadly. A huge segment of the western Christian world have been impacted in some way by just those two teachers.

So, it’s been turbulent on social media this week. It reminded me of the Riot at Ephesus where the idol Artemis was enshrined in one of the ancient world’s largest temples, one of the Seven Wonders of the Ancient World in fact. Paul’s Gospel preaching started to have an impact, and the merchandise sales began to decline. A silversmith named Demetrius made silver shrines of Artemis and brought in a lot of business for the craftsmen there. He claimed that Paul was “leading the people astray”.