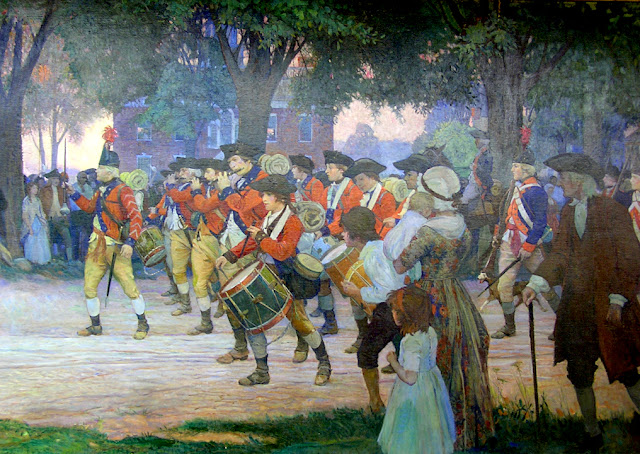 By Kim Burdick - Posted at the Journal of the American Revolution:


Haslet was kind of a fighting preacher . . . My guess is, before the revolution, Haslet was probably recognized by the political establishment in Delaware as being a little bit too radical . . . Many Scotch-Irish immigrants moved to America in hopes of gaining some independence from an English government that kept them from schools and leadership positions . . . I think there was a bit of resentment toward the English because of the way they were treated in Ireland.

Born in Straw Dungiven, County Londonderry in Ulster, Ireland,[1] thirty-year-old John Haslet was the young, widowed minister of Ballykelly Presbyterian Church. Arriving in America in 1757, he became a captain in the Pennsylvania militia and participated in the November 26, 1758 action at Fort Duquesne. Twenty years later, he would be killed at the Battle of Princeton.