A page from Hell's Playbook 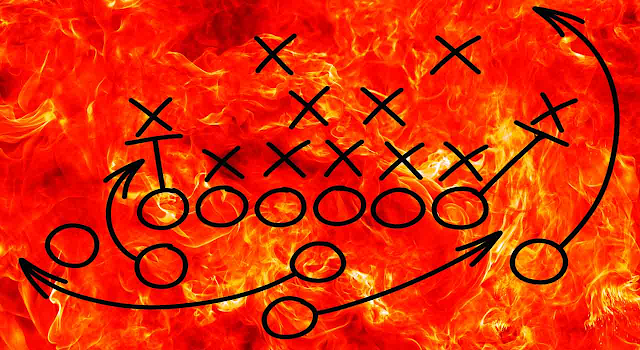 If I were the devil – which some of you may believe after reading on – if my sworn mission was to devour the Christian faith from the inside out, then here is what I would not do.

I would not slither into a Sunday service, breathing blasphemy and dragon fire, bragging about my triumphs at Auschwitz, commanding the congregation, “Deny that God is God!” I would not be an idiot.

If I was the devil…

I would dress up to look like justice, compassion, or equity, or some other ideal Christians would be quick to “Amen!” I would sink my teeth and suck the true, biblical content from those words – not that many of the Enemy’s people know the true, biblical content of those words to begin with – and then inject it with the venom of new meaning, a meaning that is antithetical to the Enemy’s definition of such silly words.

Then I could get nearly every faithful Tom, Dick, and Sally to deny the Godhood of God while they think they are merely being more just and compassionate. I could get them to deny the Gospel itself while they think they are merely caring for the oppressed. Even better, I will include in that injection certain policies that are almost certain to further hurt the oppressed, the same policies I’ve used over and over to crush image-bearers.

It’s the perfect evil trifecta I try to achieve in all my ploys. Rob worship from the Enemy, dupe the Enemy’s church, and inflict even more oppression on as much of that despicable race who bears the Enemy’s obnoxious image as possible.