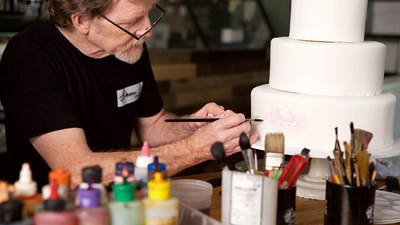 DENVER (BP) -- Christian cake artist Jack Phillips can proceed with his latest lawsuit alleging Colorado harassed him based on his religious beliefs, but he may no longer seek damages from nine of the 10 defendants targeted.

Phillips, owner of Masterpiece Cakeshop, has legal standing to challenge Colorado's discrimination law, the U.S. District Court for Colorado ruled Jan. 4 regarding a motion to dismiss the 2018 case. But most defendants successfully blocked Phillips' pursuit of compensatory, punitive and nominal damages against them as government officials and individual citizens.

Only Colorado Atty. Gen. Cynthia H. Coffman remains an individual defendant in the case, having lost her appeal to block Phillips from pursuing equitable relief against her in her official governmental capacity.