Four Characteristics of a False Convert 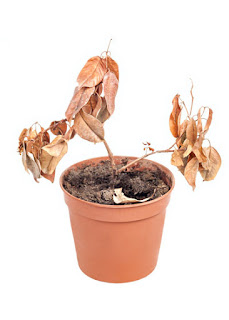 Over the years I’ve seen that one of the most powerful moments in a new believer’s life is the realization that there is such a thing as a false convert. The sudden realization that salvation is not dependent on a prayer, a baptism or family history propels true believers to a whole other dimension in their walk with Christ. They begin to examine themselves properly (2 Cor 13:5), they become more evangelistic, they care more about theology and they appreciate being at church so much more. Understanding the fact that false converts are a reality is so important for those who call themselves Christians.

As we saw last week, there are few things more disappointing than when someone from our church walks away from the Lord. Especially when you’ve spent countless hours not only teaching and discipling that person, but you have shared a myriad of hours of ministry with him.

Maybe at some point in the grieving process, you will wonder why you weren’t able to tell that he was a false convert. Maybe you question your ability to discern over the fact that you were unable to tell, and you are beating yourself over the head.

Philip was one of the first deacons in the Church. He was selected by the disciples to be one of the seven to serve the tables in Acts 6:1-6, and he went on to becomes an incredible evangelist soon after that. In fact, when Stephen was martyred, Philip was the one who was sent to Samaria and Judea in order to spread the Gospel past the confines of Jerusalem. And we see that the Lord used him greatly. But, what we also see is the first false convert. Simon, the magician, was a man whom the people practically worshiped. He was able to do incredible tricks that caused the people to say to themselves, “This man has what is called the Great Power of God.” When Philip showed up, the Bible tells us that 1) he believed, 2) he was baptized, and 3) he continued on with Philip. As soon as Peter and John showed up, though, we realize that Simon was a false convert and we are left wondering how did Philip miss it? Perhaps Philip was left wondering how he missed it as well.

Of course, no amount of time spent discipling people is wasted time, but there is a sense in which we want to use our time wisely and be able to water where the grass is green, rather than spend our time watering dead grass. Is there a way to tell? Is there a way to be able to recognize the sheep from among the goats in this life? Well, Simon had four red flags that Luke points out in the short story of Acts 8:9-24 which we can apply to all false converts. These don’t encompass all the red flags, but they are a helpful start. So, here are four characteristics of a false convert.