Do Jane Austen’s Novels Reveal Her View of Slavery?

This post originally appeared on Austen Authors, but I thought many of you would also find it interesting. In Part I of this series, Collins Hemingway also speaks of England efforts to abolish the slave trade. You may read it HERE. 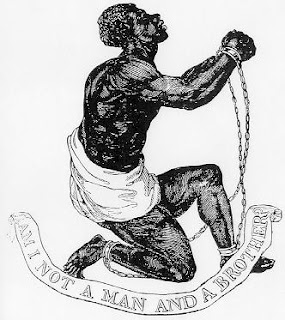 My last blog explored the effort in England to abolish the slave trade—the buying and selling of human flesh—which was accomplished in 1807—as well as the effort to eliminate slavery itself throughout all British possessions, which was not accomplished until 1840.

Slave owners were helped through their “difficult” six-year period of adjustment, 1834-1840, with payments of twenty million pounds as recompense for the loss of their “property.”

Before England ended the slave trade in 1807, the selling price for a healthy adult male was about fifty pounds; women and children were less. Four in ten slaves died—one for every two tons of sugar produced. It was less expensive to buy a new slave than to feed an existing slave. The cycle was self-fulfilling. With new slaves constantly arriving, there was no financial incentive to feed current slaves properly. Without enough to eat, women could not reproduce, requiring more slaves to be brought in.