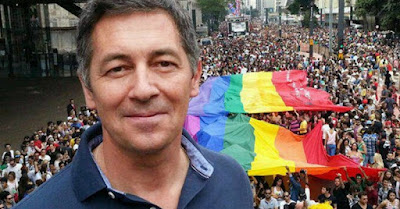 President for less than a month, Donald Trump has come through for the overwhelming numbers of religious conservatives who helped put him in office — but not so much on LGBT issues.

Conservative Christians in particular cheered his nomination of Neil Gorsuch to the Supreme Court and Trump’s promised “fix” for the Johnson Amendment, which restricts pastors’ ability to politick in the pulpit.

But for the second time since his inauguration, Trump has decided to preserve an Obama-era initiative to protect sexual minorities.

The State Department announced Monday (Feb. 13) that it would retain Randy Berry, the special envoy for the human rights of LGBTI persons. In 2014, the Obama administration created Berry’s position to support efforts abroad to protect gay people from violence and death.

The conservative Family Research Council had made removing such “activists” a priority and as recently as December called on the State Department to rid itself of employees who promote an “anti-family, anti-life agenda.”
Read more here.