Pence Comes Out in Support of Trump Decision to Retain Obama Order on Homosexual, Transgender Protections 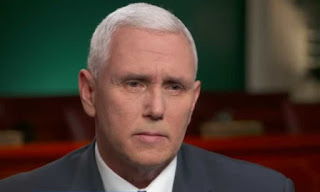 WASHINGTON — Vice President Mike Pence defended on Sunday President Donald Trump’s decision to retain an Obama-era order banning groups that contract with the federal government from “discriminating” against homosexuals and transgenders in their business or non-profit organization.

“I think throughout the campaign, President Trump made it clear that discrimination would have no place in our administration,” Pence said during an interview on ABC’s “This Week,” according to a transcript of the discussion. “He was the very first Republican nominee to mention the LGBTQ community at our Republican National Convention and was applauded for it. And I was there applauding with him.”

“I think the generosity of his spirit, recognizing that in the patriot’s heart, there’s no room for prejudice is part of who this president is,” he stated.

He had been asked by interviewer George Stephanopoulos about concerns from conservative groups, which wondered “why Obama’s executive order is allowed to stand.”