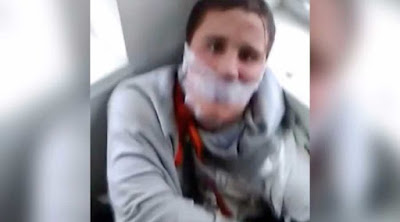 CHICAGO — Four suspects are in custody after a live Facebook video showed a special needs teenager being bound, tortured, and taunted by African American youth, who yell “(expletive) white people.”

Chicago police state that the 30-minute physical assault shows the bound 18-year-old with his mouth duct-taped having his clothes and scalp cut with a knife, while those that gather around him laugh, drink and sprinkle cigarette ashes on him.

The four suspects repeatedly struck the mentally challenged teen, calling out, “(Expletive) Donald Trump! (Expletive) white people!,” as well as “Beat his (expletive),” and “He gonna be a corpse.” They also force the victim, who they called a “goof-(expletive) white man,” to say “(Expletive) Trump” and “I love black people.”