7 False Teachers in the Church Today 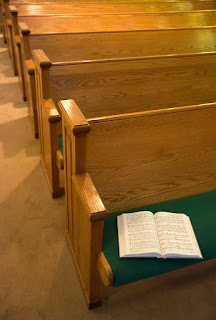 The history of Christ’s church is inseparable from the history of Satan’s attempts to destroy her. While difficult challenges have arisen from outside the church, the most dangerous have always been from within. For from within arise the false teachers, the peddlers of error who masquerade as teachers of truth. False teachers take on many forms, custom-crafted to times, cultures, and contexts. Here are seven of them you will find carrying out their deceptive, destructive work in the church today. Please note that while I have followed the biblical texts in describing them in masculine terms, each of these false teachers can as easily be female.

The Heretic
The Heretic is the most prominent and perhaps the most dangerous of the false teachers. Peter warned against him in his second letter. “But false prophets also arose among the people, just as there will be false teachers among you, who will secretly bring in destructive heresies, even denying the Master who bought them, bringing upon themselves swift destruction” (2 Peter 2:1). The Heretic is the person who teaches what blatantly contradicts an essential teaching of the Christian faith. He is a gregarious figure, a natural leader teaching just enough truth to mask his deadly error. Yet in denying the faith and celebrating what is false, he leads his followers from the safety of orthodoxy to the peril of heresy.

From the church’s earliest days, she has been afflicted by the Heretic in his various forms. He continues his evil work today, sometimes by contradicting the truth and sometimes by adding to it. He may reframe the doctrine of the Trinity, as Arius did in the third century and as Oneness Pentecostals do today. He may, like Marcus Borg and other prominent scholars, deny the virgin birth or the resurrection of Jesus Christ. Like Jehovah’s Witnesses, he may alter God’s finished word, or like Mormons, he may add to it. Always, he boldly tampers with “the faith that was once for all delivered to the saints” (Jude 1:3).