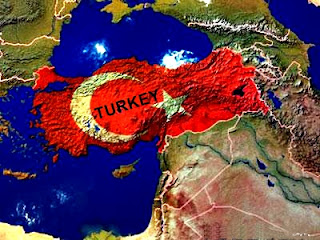 Fifteen Turkish Protestant congregations and their leaders have been targeted since 27 Aug. by a strident campaign of death threats sent to their Facebook, email, websites and mobile telephones.

The threats followed the style and jargon typically used by the so-called Islamic State (IS), vowing to kill, massacre and behead apostates who the messages accused of having “chosen the path that denies Allah” and “dragged others into believing as you do… As heretics you have increased your numbers with ignorant followers”.

“Threats are not anything new for the Protestant community who live in this country and want to raise their children here,” the Association of Protestant Christians in Turkey said in a press release on 1 Sept. “But with the recent increase in systematic threats, from this country’s west to east and north to south, in different cities, we think that these messages, coming close together and resembling each other, are coming from the same source.”

A copy of one message seen by World Watch Monitor displayed the IS flag and called itself “those who go to jihad”. It warned: “Perverted infidels, the time that we will strike your necks is soon. May Allah receive the glory and praise.”

Most of the messages included a direct quote from the Al-Ahzab chapter of the Quran, which threatens “those who spread false news… Accursed, they shall be seized wherever found and killed with a horrible slaughter.”