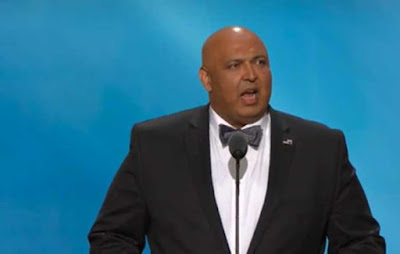 CLEVELAND, Ohio — The founder of “Muslims for Trump” delivered a prayer at the conclusion of the second day of the Republican National Convention on Tuesday, an inclusion that drew opposition from at least one member of the audience.

Sajid Tarar, a Baltimore-area resident who immigrated to the United States from Pakistan in the 1980’s, took the podium shortly before 11 p.m. local time to deliver the benediction.

He told reporters earlier in the day that he had obtained permission from the Trump campaign to participate in the convention.

“They asked me not only to do the benediction, but to speak at the convention,” Tarar told the Washington Post. “I have prepared a speech and I have been looking forward [to it].”