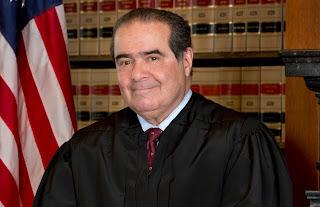 MARFA, Texas — U.S. Supreme Court Justice Antonin Scalia was found dead on Saturday at a ranch in Texas where he was staying for a hunting excursion over the weekend.

The 79-year-old justice had been quail hunting at Cibolo Creek Ranch near Marfa on Friday and retreated to his room after dinner. When he did not appear at breakfast in the morning, a worker went to his room and found his body. It is believed that he died in his sleep of natural causes.

Scalia, appointed in 1986 by then-President Ronald Reagan, was the longest-serving justice on the current Supreme Court.

“I am saddened to report that our colleague Justice Antonin Scalia has passed away,” Chief Justice John Roberts said in a statement. “He was an extraordinary individual and jurist, admired and treasured by his colleagues. His passing is a great loss to the court and the country he so loyally served.”