Posted at Regeneration, Repentance and Reformation:

Taken and adapted from, Critique of the Teachings of Barach, Schlissel, Wilkins, and Wilson
Written by Rev. Michael J. Ericson
Materials sourced from the Presbyterian Reformed Church Website 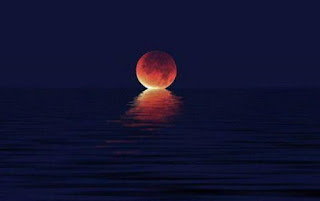 A major controversy has developed over the past years in the Reformed community.

While there are often differences and debates in the camp, I believe, this particular matter, is a watershed issue that could shape the direction of Reformed and Evangelical churches. It strikes at the very heart of the gospel, namely, the application of Christ’s redemption, the new birth, justification by faith alone, and conversion. To elucidate of what I speak, permit me to offer a review of the history of the controversy.

Early in 2002, the annual Pastors Conference was held at Auburn Avenue PCA, in Monroe, LA. The speakers were John Barach, Steve Schlissel, Steve Wilkins and Doug Wilson. The scope of God’s covenant with man in Christ, its administration, and appropriation were the substance of the conference.

On June 22, 2002, Covenant Presbytery of the RPCUS issued a statement entitled “A Call to Repentance.” In the judgment by the RPCUS court, the teaching presented in the 2002 Auburn Avenue Presbyterian Pastors Conference, involves a fundamental denial of the essence of the Christian Gospel in the denial of justification by faith alone…. these teachings are heretical. We call these men to repentance.[1]

Following a near fire storm in the Reformed community, the 2003 Auburn Avenue Pastors Conference was set up seeking to clarify the issues and unify Reformed churches. Each of the four speakers from the earlier conference delivered a single lecture summarizing or clarifying the previous messages from 2002. This was followed in turn by a respondent.[2] After each presentation and response, there were discussion sessions, with a couple of question and answer times during the conference. While the respondents did an admirable job, I believe it will be helpful to highlight some central issues, with specific reference to what each man has taught.

The teaching of the four men addresses issues that are foundational to the application of Christ’s redemption. From that great objective work of Christ, as a covenant for the people, we find three main aspects concerning its application to the believer: 1) union with Christ; 2) justification by faith; and 3) experimental religion. In the light of Scripture, we will examine, as fairly as possible, critical errors in these three foundational areas.

All four men will be critiqued as a group. There are several reasons for this. While there are individual nuances, they often use ‘we’ when referring to their ‘new paradigm’ in theology. Furthermore, during all of the discussion, as well as question and answer times, there is a noticeable lack of critique of each other, or clarification of differences in some very crucial areas.[3] We also take them together for the sake of clarity, in order not to be sidetracked by all the varied nuances. Finally, by taking the four as a group, we can arrange our treatment topically.