DEMOCRATS’ “EQUALITY ACT” WILL THREATEN RELIGIOUS LIBERTY IN ALL 50 STATES 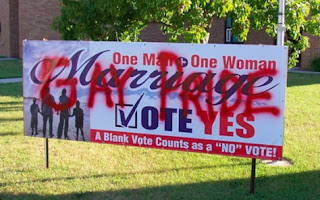 First, let’s get the news from the left-leaning U.S. News and World Report.

The Equality Act – introduced by Sen. Jeff Merkley, D-Ore., in the upper chamber and Rep. David Cicilline, D-R.I., in the House – seeks to expand the 1964 Civil Rights Act’s protections against racial and sex-based discrimination to include discrimination based on sexual orientation and gender identity.

[…]The measure would prohibit discrimination against LGBT persons in categories ranging from employment and housing to education and jury service, and would broaden where discrimination would be illegal in a “public accommodation” to include everything from shopping centers and banks to travel agencies and funeral parlors. ...