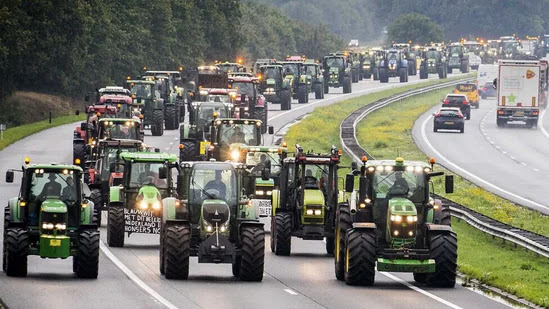 Why we must support the brave Dutch farmers against the globalists:

The Dutch are a tolerant people, and they have a long-standing reputation for that. I lived in the Netherlands for five years and saw it on display, and Dutch history is filled with examples of the Dutch offering help and aid to others. But right now a lot of Dutch citizens are NOT being very tolerant about what is happening to them. And rightly so.

I refer to the tens of thousands of farmers who have come out in protest against the globalist elites and their fear-mongering over climate change and their plans to radically change Dutch farming. The government is effectively stealing land from Dutch farmers due to a supposed nitrogen crisis.

But it is a food crisis that will be the result of these government attempts to fully involve themselves in farmers and food production. Consider the recent Sri Lankan crisis where people power has just toppled the government after it implemented draconian bans on imported chemical fertilisers last year, resulting in massive crop failures.
Read more...
Climate Change Fascism Food Crisis Globalism Netherlands