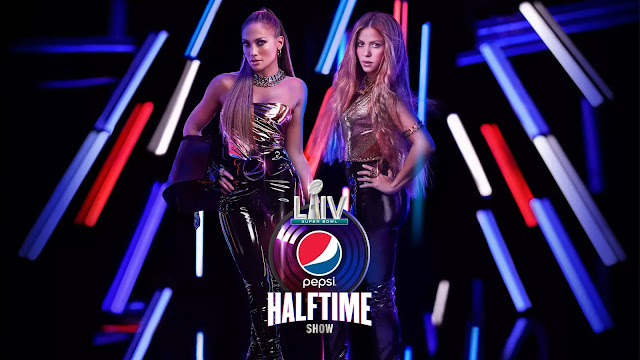 By Dan Andros - Posted at FaithWire:

The halftime show at Super Bowl LIV featured Shakira, 43, and Jennifer Lopez, 50, performing what can only be described as something usually reserved for a strip club. No, they weren’t naked, but they didn’t leave much to the imagination. There was also a stripper pole featured prominently in the performance.

I had to endure this with my teen daughter watching alongside me. Gee, thanks, guys! For a group of people who always trumpet the value of “safe spaces,” they certainly don’t seem to care about the consequences of jamming sexually provocative “performances” into programming that families will be watching.

And I wonder about Shakira and J-Lo. Like, are you seriously at this stage in life and still think it’s honorable or somehow “empowering” to writhe around on stage as if you’re trying to gain the attention of a bunch of frat boys? Sadly, this is nothing new. Culture’s misguided idea that sexuality = empowerment has been around for over a century, ever since the days of Edward Bernays it’s been a staple in the marketing industry. Hopefully, someday we’ll see marketing that reflects a society desiring Godly values. Given the current state of affairs, however, I don’t see that happening anytime soon — so the best we can do in the meantime is use opportunities such as this as teaching moments.