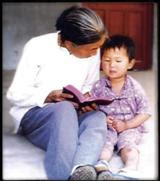 Travis Wussow of the Southern Baptist Ethics & Religious Liberty Commission said he looks forward to the report's release each year "because I know how critical American leadership is to advance religious liberty abroad."

Abuses in China warranted a special section in the IRF report, Pompeo said in a news conference following the report's release June 21.

Among the concerns: the plight of at least 800,000 and up to possibly more than 2 million Uighurs, ethnic Kazakhs and members of other Muslim groups -- mostly Chinese citizens -- held in detention facilities in Xinjiang.

Sam Brownback, U.S. ambassador-at-large for international religious freedom, said the Chinese camps are "designed to strip away the culture, identity and faith of these religious communities."