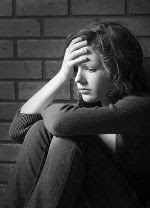 By Leah MarieAnn Klett - Posted at the Christian Post:

LGBT youth are at a higher risk of suicide and life-threatening behavior than their heterosexual peers, a new study has found, with transgender teens being the most at risk.

A systematic review and meta-analysis of 2.5 million adolescents published in JAMA Pediatrics concluded that “sexual minority youths” — those identifying as “homosexual,” “bisexual,” “transgender” — “have a significantly higher risk of life-threatening behavior compared with their heterosexual peers.”

In total, thirty-five studies reported in 22 articles that involved 2,378,987 heterosexual and 113,468 sexual minority adolescents (age range, 12-20 years) were included in the analysis.