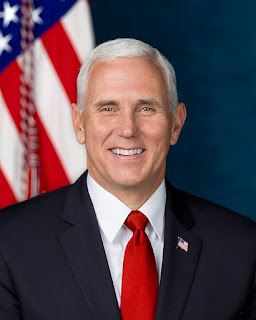 By Lisa Misner - Posted at iB2:

Controversy arose Monday when the Southern Baptist Convention’s Order of Business Committee announced Vice President Mike Pence had been added to the Wednesday morning schedule. Debate online and in the convention hall centered on the appropriateness of having a political figure speak at time when the country and the denomination itself is experiencing so much disunity.

Garrett Kell, a messenger from Del Ray Baptist Church in Alexandria, Va., brought a motion to replace the Vice President’s address with a time of prayer. The motion called Pence’s addition to the schedule a source of disunity with minority brothers and sisters that suggests alignment with a particular political party and puts SBC workers around world at risk. Kell asked messengers to consider Romans 14:19.

Committee on Order of Business Chair Grant Ethridge responded to the motion. “The Southern Baptist Convention aligns itself with no political party. Our loyalty is to King Jesus, Lord of Lords,” Ethridge said to applause in the convention hall. He explained that the White House reached out to the convention and that Pence’s appearance was keeping with history. “Many political figures have reached out to us in the past.”