IS GOOGLE RIGHT TO SAY THAT SEX DIFFERENCES DON’T EXIST? 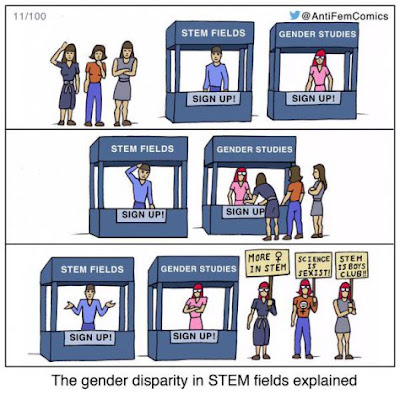 Google recently fired a software engineer who asked them to do a better job of promoting diversity by actually appealing to women’s different needs and desires. He suggested more collaborative coding (“pair programming”) and more part-time work options. Google responded to his suggestions by ejecting him forcibly from their left-wing politically correct echo chamber. Google executives claim that their company is rooted in science. Well, is there a science of sex differences? Who is right?

This article from The Globe and Mail, which is the more leftist of Canada’s two national newspapers, is written by a PhD in the field of sexual neuroscience from York University.

Despite how it’s been portrayed, the memo was fair and factually accurate. Scientific studies have confirmed sex differences in the brain that lead to differences in our interests and behaviour. ...