The Normalization Of Pedophilia Approaches 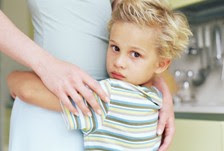 The arguments made by Milo Yiannouplos (in a recently released and quite graphic video), that pedophilia is not what you think it is, that sexual contact between men and under-age teen-age boys is not wrong but a safe way to help young homosexuals come of age, are nothing new. According to a 2014 New York Times op-ed essay by Margo Kaplan, the DSM (The Diagnostic and Statistical Manual of Mental Disorders) “defines pedophilia as an intense and recurrent sexual interest in prepubescent children, and a disorder if it causes a person “marked distress or interpersonal difficulty” or if the person acts on his interests.” She agrees with this definition and argues that there are non-practicing pedophiles. She argues that it is a neurological disorder, that therapy and medication can help a pedophile control his impulses. She wants to bring pedophilia out of the closet so it can be treated. She writes, a “pedophile should be held responsible for his conduct — but not for the underlying attraction.”

For those with personal or historical memories that extend beyond that last two weeks, this pattern should be familiar. A century ago, homosexuality was almost universally regarded as a sin. Socially it was treated as a crime. Fifty years ago, however, was treated as a mental illness. ...