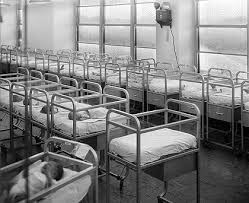 Norma McCorvey passed away at age 69 on Saturday.

Her journey to notoriety began in June 1969 when she attempted to get an abortion. Her lying failed to secure legal permission, and her scheme to obtain an illegal abortion also ended unsuccessfully. She then gathered a diabolical duo of fee-hungry attorneys to gear up for a protracted legal fight. Fortuitously, the baby reached full term before the menacing lawsuit did, and in 1970 the suit was filed under the alias Jane Roe. The Dallas County DA was Henry Wade, and thus the infamous case was christened Roe v. Wade.

By the time the case popped out of the Supreme Court, the law was on the side of executing unborn people, a monstrous legality that began to rapidly and incessantly devour millions of unborn babies. Legally.

The rest, as they say, is history. And a bloody one at that.

But in 1994, Norma McCorvey flipped sides. She made the acquaintance of pastor Flip Benham who ran a pro-life outfit based adjacent to the pro-choice reproductive health clinic (read: infant abattoir) where McCorvey was working.