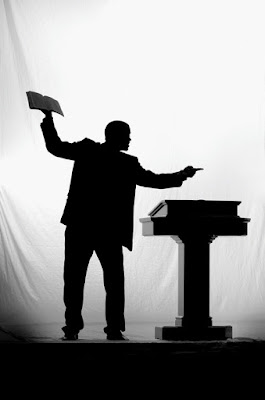 By Rolley Haggard - Posted at Breakpoint:

IT'S WHAT WE'RE DOING BY STAYING SILENT ON ABORTION
A recent article in “World” Magazine titled “Still-silent shepherds” summarized the top reasons evangelical pastors give for not preaching against abortion. Among them is that “preaching on the issue might politically stigmatize the pastor or politicize the pulpit, scaring seekers off.”

Aside from the fact that such reasoning is purely pragmatic—concerned with results (what works) rather than principle (what's right)—it is also severely problematic in three of its underlying assumptions:

One, that pulpits should avoid moral issues with controversial political overtones;

Two, that silence is justified on issues that may “scare seekers off”;

I submit that pulpits operating on these assumptions are undoing the very work they hope to do. To varying extents, they are “unpreaching” the gospel.
Read more here.
Labels: Biblical Viewpoint Gospel Repentance Sin