When Christians are Blamed 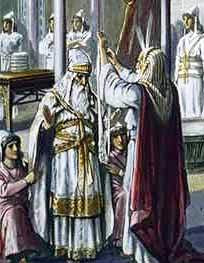 After the Orlando shooting at the Pulse nightclub in June, Christians were accused of being complicit. David French and Denny Burk each reflected on this blame-casting. The pattern may repeat itself in future events. It can be easy to become defensive or to go on the offensive, but before we do, it is worth considering the example of Moses.

Moses faced a situation with some similarities as recorded in Numbers 16. After wandering for years in the wilderness, Korah, Dathan, and Abiram challenged the leadership of Moses and Aaron in the nation of Israel. Specifically, Aaron’s priestly leadership was challenged.