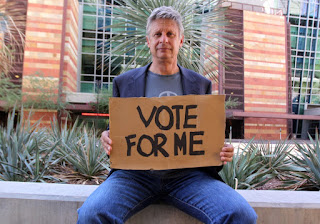 At the Democratic National Committee, Tim Carney of the Washington Examiner caught up with Libertarian Party nominee Gary Johnson and asked him a few questions about religious liberty.

You may remember: earlier this year during a Fox News debate, Johnson offered a rambling justification for why the state should police thought crimes. Since many Republicans dealing with Trump Nomination Trauma are considering his candidacy, surely the former New Mexico governor must have cobbled together some kind of intelligible position on this issue, right?