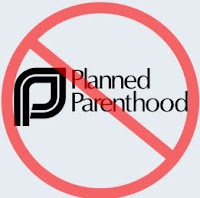 WASHINGTON — The Republican-controlled U.S. House of Representatives has failed to override Barack Obama’s veto of a bill that would have defunded the abortion giant Planned Parenthood for one year.

Although the House obtained a majority on Tuesday, it fell short of the necessary two-thirds vote to override the veto. The final tally was 241-186.
Read more...
Labels: Aborted Baby Parts Barack Obama Child Sacrifice GOP Holocaust of the Preborn Planned Parenthood US House