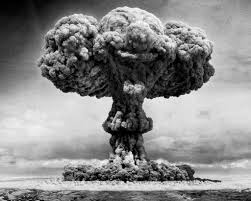 By Clint Archer - The Cripplegate:

When an explosion occurred on April 26, 1986 at the Ukrainian Chernobyl Nuclear Power Plant, the first reaction of Soviet authorities seemed to indicate more concern with avoiding the spread of anxiety than the spread of radiation.

The Minister of Internal Affairs gave a telephonic report of current affairs in the Ukraine to his superior, and only at the end of the conversation casually mentioned an explosion at the plant. When he was asked how the people in the nearby town were doing, he replied “some are celebrating a wedding, others are gardening, and others are fishing in the Pripyat River.” A few hours later, however, the denizens of Pripyat experienced widespread symptoms of radiation poisoning, including uncontrollable coughing fits, vomiting, and headaches.

The aphorism “what someone doesn’t know can’t hurt them” has been debunked so many times and in so many ways that it is stupefying to me that people still use it.

An inescapable characteristic of the sin of believers is that it always affects other people. Since all believers are part of a community—the Body—even the most personal of sins always spawns devastating public fallout.