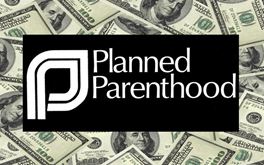 By Bre Payton - Posted at The Federalist:
Hundreds of women called their local Planned Parenthood clinics Monday to schedule a mammogram, but none were able to successfully secure an appointment. That’s because the nation’s largest abortion provider doesn’t actually offer them.

The phone calls were part of “Schedule Your Mammogram Day,” an event organized by And Then There Were None, a pro-life organization, to raise awareness of Planned Parenthood’s deceptive claims on women’s health.

The misconception that the nation’s largest abortion provider has been offering mammograms is a common claim, repeated by the media. ...
Read more here...
Aborted Baby Parts Planned Parenthood Seared Conscience