FEMINISM IN THE REFORMED CHURCHES: 2. The Tactics, Online 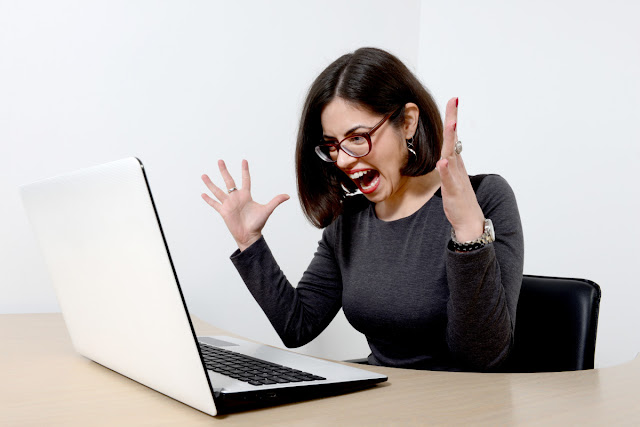 In the last article we met three women leading the charge of feminism in the Reformed churches, and three men who publicly aid them in the fight. That we might better see the fruit these women and their supporters are bearing, it’s worth taking a closer look at their battle tactics, here considered as they appear online: on blogs, social media, and podcasts.

In a word, the prominent tactic in their online discourse is victimhood. This is the all-too-familiar method, borrowed from Marxism and applied by every progressive, of painting all disagreement as the oppression of the weak by the powerful, in order to garner sympathy for the opinion of the oppressed.

The Reformed women promoting feminism on the internet are experts at playing the complaining victim. Take Aimee Byrd: she complains that men do not hear women’s voices (here). Then when men do hear her, she complains when they critique her (here), and apparently, even when they ask her reasonable questions (here). The only way a man can escape such complaints, it seems, is to join the complainers in their complaining (e.g. here). If he does not, they yet again complain (again, as Byrd does here). Very many men hear these complaints, perceive that a woman is in trouble, and as men tend to do, rush to her side, or rush against those who are bringing trouble upon her, taking her word for it that she is an innocent victim, and they are evil oppressors.

If these complaints are false, they are simply lies. But even if they are true, this tactic is still deceitful. The method of loudly trumpeting the defense of victimhood rests on a false assumption, that the weak are always in the right. God instead says, “Thou shalt not respect the person of the poor” (Lev. 19:15). God does not say, nor do I, that there is no real oppression of the poor, no real tyranny of male leaders, no real abuse of women. These sins abound in our culture, and sadly, in our churches. And at least in my church, we exercise a biblical severity against them. But being a victim of these sins does not mean that the victim thereby possesses a clearer understanding of biblical truth, a greater right to be heard in church courts, or an open invitation to lecture at conferences or teach Sunday School. Victimhood is worthy of pity, not a platform.

Feminism In The Reformed Churches: Index