James MacDonald Is Not A Pastor 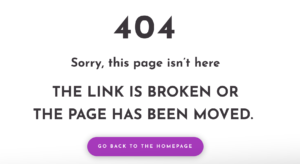 In internet speak a “404” is the message that comes up when a link is broken. That is what happened when I searched the website of Calvary Chapel South Bay (Gardena, CA) for information about James MacDonald. This is good news because his ministry is 404. The link between ministry and MacDonald has been broken because he has broken it by serial, impenitent abuse of the flock. This abuse has been documented (see below). His own elders have removed him from ministry. As late as March 16, 2020, however, he was scheduled to give a series of messages at CC South Bay. This is part of his ostensible return to pastoral ministry. According to reporter Julie Roys, MacDonald told the congregation, “God has seen it to be fit to allow us to be separated from the church that we loved for our whole lifetime. And it has been a real crucible of suffering for us.” He did not mention his abuses and sins and the judgment reached by his former elders, the men who knew him well and served with him. Neither did he mention that he had been declared disqualified by his former elders.

He is apparently now trying to start a network of “home churches” to which he wants to broadcast sermons etc. Why was he removed? Leonardo Blair reports:

He was recorded talking about planting child pornography on Christianity Today CEO Harold Smith’s computer, and made crude remarks about independent journalist Julie Roys — including joking that she had an affair with now former CT editor-in-chief Mark Galli — and a vulgar reference to Ed Stetzer, executive director of the Billy Graham Center at Wheaton College.