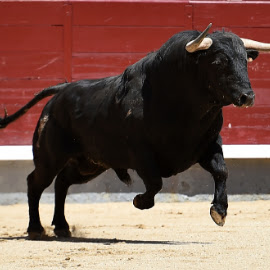 By Jonathan Shumate - Posted at CrossLife:

Toby Sumpter, a pastor of a church in Moscow Idaho, recently penned a blog post regarding the controversy over John MacArthur’s statement that Beth Moore should, “go home,” and not be preaching. I am a complementarian and ordained minister in the PCA, and yet I found Toby’s post to be deeply flawed in its logic and theology. This article is a response to his. To be clear, I am not going to interact with the Beth Moore/John MacArthur controversy in this article. My issue is with Toby’s explanation for why he supports MacArthur’s statement.

To the average reader, it should be mentioned that Toby is associated with a movement that embraces a view of men and women commonly referred to as biblical patriarchy. Much has been written about this view, but I want to state clearly that though they claim to be complementarian, they are not. They hold similar views to complementarians regarding male-only ordination, but beyond this there are many disagreements. The reader can read more about Doug Wilson, so-called biblical patriarchy, and the rest through a number of good resources already made available.

In my article, I want to respond to a few of the significant errors in Toby’s article. It is my belief that these errors are indicative of the patriarchy position and betray their true status as a cult.