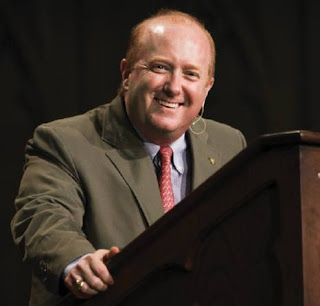 Ligonier Ministries posted this statement on their website yesterday.

We support the Sproul family and give thanks for the many edifying contributions of Dr. Sproul Jr. over the years through his work at the ministry and the college. We believe he will be well cared for by his church during this time of transition, and we pray for him in his future endeavors.


R.C. Jr. was a board of director, esteemed teaching fellow, rector of theology, and professor of apologetics. No one held more positions in the ministry than he did. He was likely positioned to replace his father. Now he is gone and the board states “we pray for him in his future endeavors.” I don’t think he is coming back. That is earthshaking news in Ligonier circles.

Furthermore, R.C. Jr. has been removed as an elder from Heritage Church in Centerville, Tennessee and as a pastor from Ascension Presbyterian Church in Longwood, Florida without explanation. In the same measure, he is no longer listed as an elder or pastor in his denomination. The board notes “he will be well cared for by his church [Ascension Presbyterian Church] during this time of transition.” Transition to what?