The American Covenanters and Political Dissent 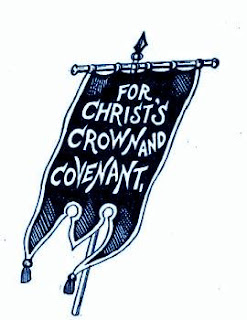 By Tyler Ray - Posted at Thistle in Dixie:

It is a fairly well-known fact that the Reformed Presbyterians in this country once had a strict principle of political dissent. In keeping with their principles, they would neither hold political office nor vote for candidates for political office. What is often ignored when these things are considered, however, is their rationale for their position.

What is so wrong with the President’s oath? It is the commitment to “preserve, protect and defend the Constitution.” As most students of Reformed history will know, the Covenanters were establishmentarians. They believed, as the Westminster Confession states, that the civil magistrate “has authority, and it is his duty, to take order that unity and peace be preserved in the Church, that the truth of God be kept pure and entire, that all blasphemies and heresies be suppressed, all corruptions and abuses in worship and discipline prevented or reformed, and all the ordainances of God duly settled, administrated, and observed” (XXIII. iii.).